Running for almost year now, the live-streaming app has quickly gained popularity – just in the first ten days of its release, it attracted one million users. One of the founders of Periscope, Kayvon Beykpour said that on a daily basis, people watch 40 years’ worth of videos on their iOS or Android devices. The Periscope app boasts 2 million active users daily and “speaks” 25 languages.

So, what is the essence of this service? Naturally, the emphasis here is on spreading information. Thanks to Periscope, people are able to tap into other users’ experiences – via videos. The idea is that a person in Europe is able to see what is happening live at a concert in the United States, for example. Once a video is posted, it is kept for 24 hours for others to watch, and then it is deleted. Just like live Tweeting, this app offers an opportunity for others to live through the action in real-time. 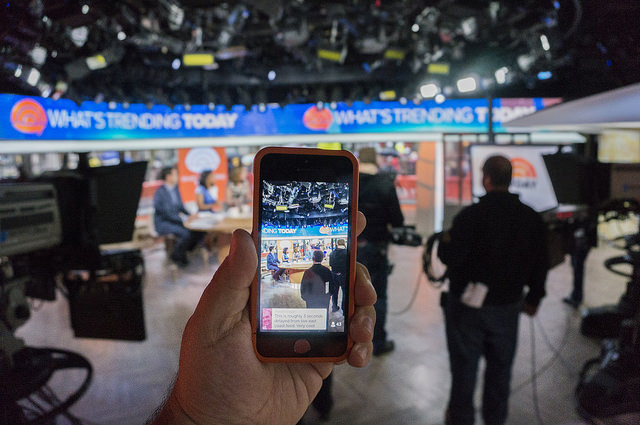 Using Periscope During The TODAY Show. Photo by Anthony Quintano

It is easy to see why Periscope’s live video streaming concept has been snatched up and used quickly by Nestlé – it provides companies with an opportunity to share important information about services and products with existing or potential customers. It is also a cheaper and more interactive way to reach the target audience, which makes it very appealing for smaller businesses, too. More importantly, thanks to the live video, and live characters and situations within the recordings, people feel more engaged and develop a connection with the brand.