You already know that Facebook is an essential way to advertise your business, but sometimes, we lose sight of just how important Twitter is, too. Here are some of the best Twitter marketing campaigns to inspire you to step up your blue bird game! 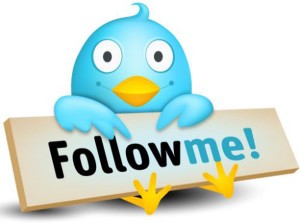 What an effective way to show some love for your favorite football team! Coca Cola teamed up with Ogilvy to help out fans with cheering on the Argentinian national team during the Copa America. Coca Cola gathered encouraging Tweets from fans who used the designated hashtag, printed them out onto two million (!!!) pieces of confetti, and launched them in the air right when the team walked onto the field. It was a clever way to engage two million people AND spur loyalty, right?

The telecommunications company took a creative approach to drumming up followers: they took a page out of the good old Book of Blockbusters and used it to their advantage. We have seen already how the ScreenJunkies used an epic voice to communicate their funny Honest Trailers, and the huge success they reached with it. During the summer, Orange enticed its followers to write down their summer plans, use the hashtag #thissummer, and they gave epic blockbuster voiceovers for each Tweet. Not only did this move give incentive for others to follow Orange UK, it also emphasized the importance of communication – the main profile of the company.

The legendary automobile company decided to use Twitter as fuel during the 2011 Super Bowl. The official name of the campaign was Get 4 Tweets, Drive 1 Mile, and it involved four two-person teams racing for three days over 1,400 miles. The main aim for the teams was to gain engagement from others, which would then make it possible for them to travel forward the appropriate amount of miles in real Mercs, in real life. The result? 25 million people reached and more than 150,00 tweets were made. Leave it to Mercedes to come up with something so huge…

This example is the easiest way to demonstrate how one person can make himself a brand. Greg Burney, an artist who started out with only 70 followers on Twitter, gained thousands of fans quickly. He promised that he’d make sketches of his first 3,000 followers. And, what do you know, 2,000 new followers found him on the first day of this smart marketing move. This was the best way to peak the interest of the masses PLUS show off how talented he is. Way to go!

Who knew Mac and Cheese could be insanely romantic? If you remember Ted Williams, the homeless man who became a huge hit on YouTube a few years back, you’ll be happy to hear that Kraft decided to employ him in their campaign, “The Golden Voice of Love.” The essence of it: that during the days prior to Valentine’s Day, people could Tweet phrases to their significant others with the hashtag #voiceoflove and Ted Williams would read it. It would then be posted onto Kraft Mac and Cheese’s Youtube Page. The Twitter marketing campaign also had a charitable side to it: for every #voiceoflove hashtag, Kraft would donate one hundred boxed to the charity Feeding America.

So, there you have it: engaging people through Twitter boils down more or less to the personal connection that you might be able to forge with them. It also doesn’t hurt to come up with creative ideas on how to convince them to follow you or engage with your cause. Happy Tweeting!